The Police Department will return the device earlier than planned after critics seized on it as a dystopian example of overly aggressive policing.

When the Police Department acquired a robotic dog last year, officials heralded the four-legged device as a futuristic tool that could go places that were too dangerous to send officers.

Instead, the machine, which the police named Digidog, became a source of heated debate. After it was seen being deployed as part of the response to a home invasion in the Bronx in February, critics likened it to a dystopian surveillance drone.

And when officers used it at a public housing building in Manhattan this month, a backlash erupted again, with some people describing the device as emblematic of how overly aggressive the police can be when dealing with poor communities.

Now, the robotic dog’s days in New York have quietly been cut short.

In response to a subpoena from City Councilman Ben Kallos and Council Speaker Corey Johnson requesting records related to the device, police officials said that a contract worth roughly $94,000 to lease the robotic dog from its maker, Boston Dynamics, had been terminated on April 22.

John Miller, the Police Department’s deputy commissioner for intelligence and counterterrorism, confirmed on Wednesday that the contract had been canceled and that the dog had been returned to Boston Dynamics or would be soon.

In an interview, Mr. Miller said the lease had been scheduled to end in August and that the police had planned to test the robotic dog’s capabilities until then. The department changed its plans, he said, after the device became a “target” for people who he said had improperly used it to fuel arguments about race and surveillance.

“People had figured out the catchphrases and the language to somehow make this evil,” Mr. Miller said.

Mr. Kallos, a Democrat who represents the Upper East Side, took a different position, saying the device’s presence in New York underscored what he called the “militarization of the police.” He said the robotic dogs resembled those featured in the 2017 “Metalhead” episode of the television show “Black Mirror.”

“At a time where we should be having more beat cops on the street, building relationships with residents, they’re actually headed in another direction in trying to replace them with robots,” he said.

A spokesman for Mayor Bill de Blasio, Bill Neidhardt, said he was “glad the Digidog was put down.”

The robotic dog’s arrival in New York came amid growing scrutiny of law enforcement agencies across the United States over their policies and practices. New York’s City Council passed a bill last summer after the police killing of George Floyd that for the first time required the Police Department to disclose information about its sophisticated arsenal of surveillance tools, which includes license plate readers, cellphone trackers and drones.

Concerns about the capabilities of high-tech devices used by law enforcement authorities erupted after the Dallas police ended a 2016 standoff with a gunman suspected of killing five officers by blowing him up using a robot.

Michael Perry, a Boston Dynamics executive, said in an interview this month that out of the roughly 500 robotic dogs that are in the field worldwide, most are being used by utility companies, on construction sites or in other commercial settings that involve dangerous situations. He said that only four of the devices were being used by police departments.

A Boston Dynamics spokeswoman said Wednesday that the company’s robots were “not designed to be used as weapons, inflict harm or intimidate people or animals.”

“We support local communities reviewing the allocation of public funds, and believe Spot is a cost-effective tool comparable to historical robotic devices used by public safety to inspect hazardous environments,” the spokeswoman said, using the company’s name for the robotic dog.

Mr. Miller said the Police Department had used robots to respond to dangerous or hazardous situations for nearly 50 years. The bomb squad, for example, uses devices that resemble small tanks and have small cameras and robotic arms to defuse or transport live explosives.

Because of its four legs, the Boston Dynamics device was more agile than the robots the police have traditionally used, Mr. Miller said, noting its ability to climb stairs. It is also cheaper than those devices, which, depending on the model, can cost $200,000 to $270,000, he said. Its video-recording tools are also better than those of older robots, he said.

The device had been used about a half-dozen times since the department acquired it last August, Mr. Miller said, including at barricade and hostage situations. He said it once delivered food to hostages in a Queens home invasion.

He allowed for the possibility that Digidog might return, saying the department could decide it was more effective than other such devices.

“But for now, this is a casualty of politics, bad information and cheap sound bytes,” he said. “We should have named it ‘Lassie.’”... 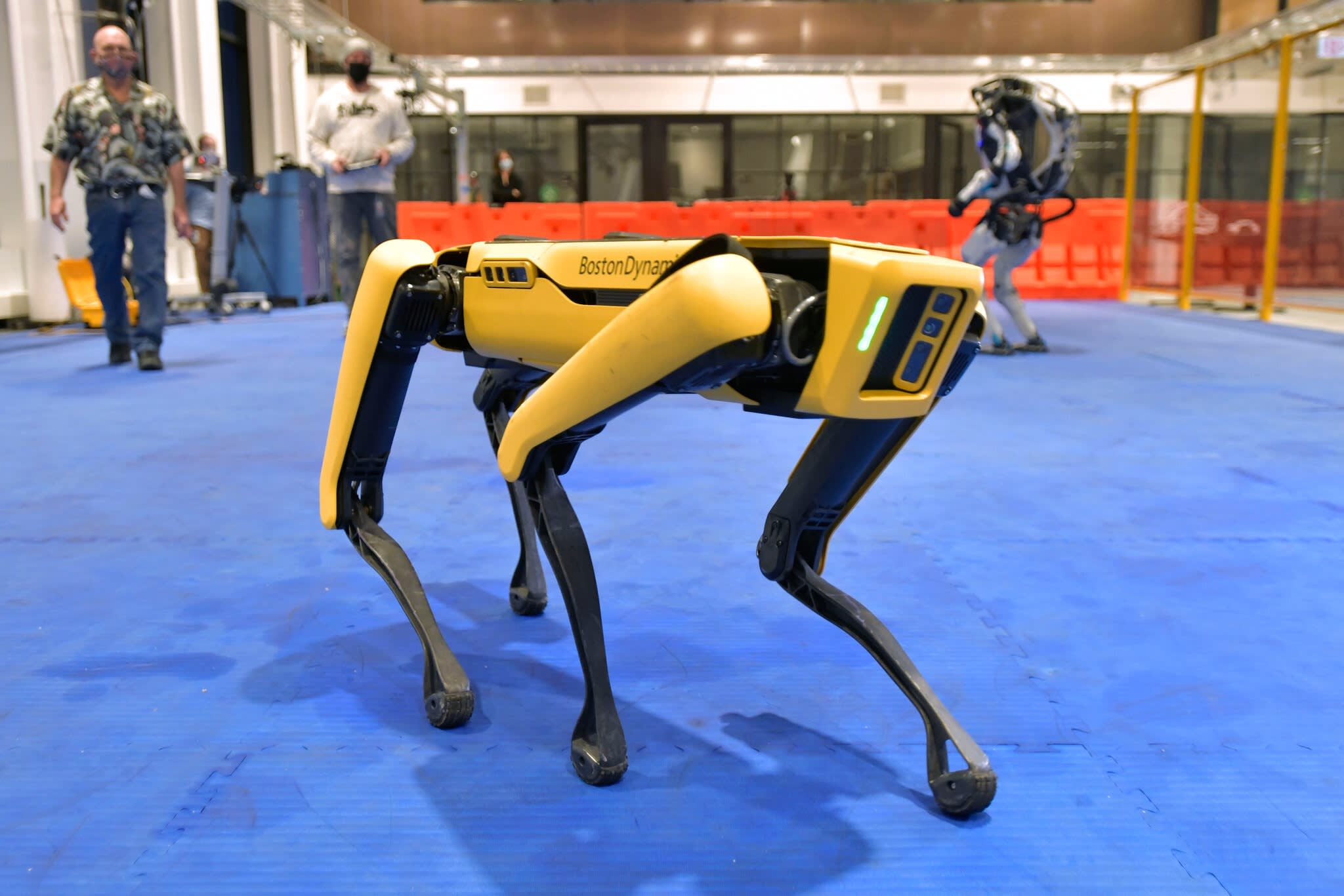